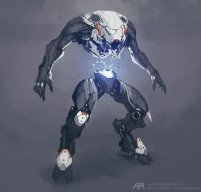 This is our new sever fundraiser to cover the upcoming month of April. Thank you for your support!