Viewing only articles categorized with "Reading".

Where Do Ideas Come From? I'll Tell You.
Feb
13
67 9,709 by J. Paul Roe : Feb 13, 2016 at 8:38 PM
I've been participating in writers' groups for a very long time. More often than not these days, I'm the one answering the questions, and I'll be very forthcoming about why people like listening to my answers. It's not because my answers are the best, it's because my answers are unique.

Because I've been around so many writers' groups, workshops, classes, labs, and forums over the last ten years, I've been able to collect a lot of data. And what does that data show? It shows that people have been giving the same lame answers to writing-related questions for at least ten years. My goal is to buck that trend, because I know that hearing “you should read more” for the ten-thousandth time is not going to help you write.

The writing community is still asking the same basic questions, and that tells me that the answers they're getting are garbage. Plain and simple. As writers helping writers, we owe it to our contemporaries to not waste their time by regurgitating the same cookie-cutter advice that has been floating around for decades. The writing community needs new answers, smarter solutions to the problems that plague us all.

Toward that end, I'm going to answer the most commonly-asked question I've ever come across:

“Where do you get ideas?”

This is not a simple question, yet so many people give it a simple answer. “Read more fiction” is a simple answer, but it's also a crappy one. Yet, so many writers say it, repeat it, and swear by it. Why? Because we all enjoy reading and, heck, it sounds like a decent way to get ideas, right? Not so much. It's more likely to set you up to steal ideas, and you won't even be doing it intentionally.

You know darn well that many new writers produce work that reads exactly like someone else's story. That's because knuckleheads keep telling them to read more, and then these new writers take the advice and read their 900th R.A. Salvatore book. Then they're surprised when their own work continues to read like a bad R.A. Salvatore fan fiction. What do you expect?

Now, I've seen even worse answers to the “where do you get ideas?” question. Some folks will talk about sitting on their porch, taking walks, or playing with their kids, offering these up as advice to “get ideas.” These are also crappy answers. They are ephemeral, personal exercises that aren't universally actionable. At best, they're distractions. They can play a part in the innovation process by freeing up your subconscious mind, but that's still not an answer to the underlying question.

Why am I so obsessed with getting down to the hard answer? What's wrong with telling another writer to sit on their porch when they need a creative boost?

Look, when someone is asking how to come up with ideas, it's like they're asking for help finding food. They're starving for a creative spark. If a hungry person were asking how they can eat and not die in front of you, you wouldn't tell them to go for a walk. “Go play with your kids and maybe you'll think of a way to get food!” No.

You also wouldn't tell them to watch you eat until their stomach is no longer cramping from hunger. Watching someone else succeed at eating won't sate their hunger! We all know this, yet so many writers are quick to apply that stupid logic to writing. “Go see how another writer created a novel and you'll get creative ideas!” Nope. It doesn't work that way.

Let's go all “parable” on this; If someone needed to feed themselves, the best course of action is to teach them to fish. In doing so, you're showing them where the food comes from (the river) and how to get it (hand grenades. Or a fishing pole. Whatever.)

Likewise, the best answer to “where do you get your ideas” is to explain where ideas come from and how to catch them.

The problem, right off the bat, is that most people have no clue where ideas come from. That's why I'm here. I'm going to tell you.

Ideas are produced by a largely-subconscious synthesizing process. The human mind is incredibly good at taking multiple concepts and combining them into new ones. It takes A, adds it to B, and creates C. Every new thought in your head is a product of that math, although you don't see it happening.

It's like this: At some point in history, someone looked at a potato, then looked at a hammer, and mashed potatoes were born. The idea of mashed potatoes didn't just fly into someone's head while they were playing with their kids. The idea was a synthesis of two existing concepts within the creator's mind; In this case, it may have been “I can smash things with a hammer” and “potatoes taste good.”

The point of that barely-adequate illustration? If said person had no idea what a potato was, they couldn't have come up with mashed potatoes. A+B=C. They would have lacked the required conceptual raw materials to assemble the idea.

The more concepts you have in your mind, the more creative you can be. Think of knowledge as a pile of Lego bricks. The more of them you have, the more things you can build. Therefore, the first step to becoming a never-ending wellspring of creativity is to stockpile your mind with conceptual raw material. Yes, this means learning about the world and experiencing its many facets for yourself.

Now, go back to the Lego analogy. You may have a pile of blocks as high as your waist . . . but what if they're all blue 4x4 blocks? You can only build so many things when you have a pile of the same block, because your creative options are so severely limited. You get the same outcome when you learn about, read, or experience the same things over and over again. You'll have tons of “stuff” in your head, but it's all variations on a theme. Thus, the second step to unlocking your creative mind is to diversify your conceptual raw material. Reading nothing but science fiction novels will fill your brain with all the same blocks. Where's the fun in that?

I never run out of ideas. When other writers are stuck with their own stories, I can usually come up with a solution in seconds. Why? Because I have a huge, diverse stockpile of raw concepts. I enjoy writing fantasy, but I haven't read a fantasy novel in two years. I read naval history books, magazines about celebrities, National Geographic, biographies, and non-fiction books about photography. And guess what? I've gotten more original ideas for fantasy fiction from reading photography textbooks than I ever did from reading fantasy. The reason is obvious: if you're getting ideas for your fantasy story by reading fantasy novels, you're going to have a hell of a time being original.

When it comes to raw innovation in storytelling, you can forget “The Hero's Journey.” Forget outlining and all of the technical methods. It's the assortment of knowledge, the raw materials, in your brain that matter. Star Wars exists because George Lucas watched Flash Gordon and old samurai movies. His creative mind combined elements from what he knew to assemble what he created. He didn't just pull the ideas from the air . . . nor did Lucas ever claim to. He'll openly tell you where his ideas came from, and if he'd never learned about a variety of genres, Star Wars would not exist. That's that.

Ideas do not come from some other dimension. They are not magical or bestowed by the muses. They are the product of intelligence. They are the product of diverse knowledge. There's a good reason why most successful writers are bright-minded folks. If great ideas magically appeared from space, everyone would have them. There would be no bias leaning towards intelligence, but there is. If you want better ideas, focus on learning more about the world.

Don't take offense to that previous remark. If there's one thing I've learned over the years, it's that average people don't aspire to write. (These days, statistically-average people don't even read.) If you desire to be a storyteller, you're already ahead of the curve on the whole “smart” thing. The next challenge is to feed your brain with a diverse spread of knowledge. Reading fiction is easy, but reading to learn can be a challenge. And that's where most aspiring writers cut their own throats. They read novel after novel, usually in their preferred genre, thinking that it will have some impact on their own ideas. Reading non-fiction, especially if it has nothing to do with what you're planning to write, will give you a far greater creative advantage. I promise.

As a writer, it's your job to constantly learn. Broaden your horizons, and do not have a “wheelhouse.” You don't want to specialize, because specialization will kill your creative mind. Learn about psychology, history, dancing, agriculture, textiles, stock markets, auto repair, avionics, biology, and everything else. It's what you don't already know that will be assembled into your next great idea.
Continue...
!!!WRITING FORUMS BOOKSTORE!!!
Feb
02
7 6,655 by Wreybies : Feb 2, 2015 at 7:13 PM
Hey, you! Yes, YOU!

​
I've seen you mention the book you have published through Amazon.
You post about it all the time!
Why haven't you asked me to plug your book into our bookstore so it can get some exposure here? ​

What are you waiting for? An invitation? Well, here it is!
​
If you have a book available on Amazon, traditionally published, indi-published, and self-published, and you're an established member of the Writing Forums community, drop me (Wreybies) a PM and I will happily get your book listed in our store. 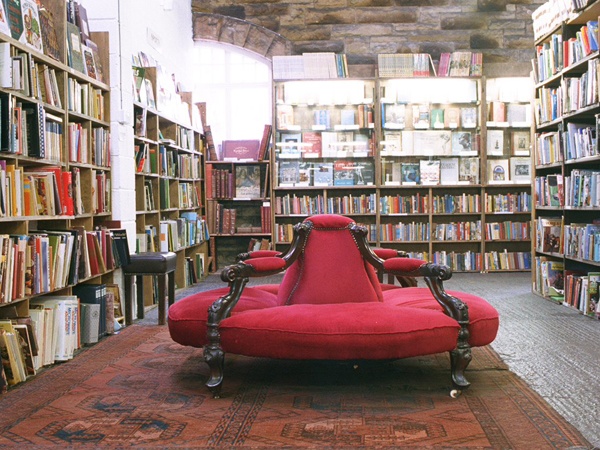