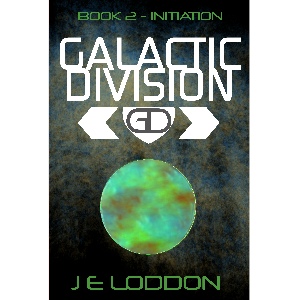 They may have survived their initial training, but things aren't about to get any easier for Milo, Liberty, and the rest of the squad, who are now officially Galactic Division soldiers.


Whilst still reeling from his shock at the Evaluation, Milo must prepare to go out on his first real mission, facing the possibility of enemy contact, and very real danger. Whilst wrestling with his own self-doubt, he must also fight alongside a squad struggling to find harmony.


Initiation is Book #2 of the Galactic Division series, written by JE Loddon.